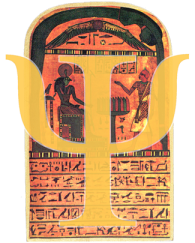 The Notion of Sin Abolished

“The formula of this law is: Do what thou wilt. Its moral aspect is simple enough in theory. Do what thou wilt does not mean Do as you please, although it implies this degree of emancipation, that it is no longer possible to say a priori that a given action is “wrong.” Each man has the right – and an absolute right – to accomplish his True Will.”
—Aleister Crowley, “The Method of Thelema”

In Thelema, one is enjoined to “Do what thou wilt,” and we have seen that this Will, if it is to be considered as “pure” and “perfect,” must be performed with tireless energy, without regard to purpose, and without lusting after results. One other diversion or veil from the “pure will” is conventional morality and especially notion of “sin.”

In Judeo-Christian-Islamic terms, the world is generally viewed in terms of good and evil, with “good” actions being those that adhere to the specific laws set forth in whatever book is held holy and “evil” being the turning away from such laws. Thelema is a philosophy or a point-of-view that Nietzsche would have termed to be “beyond good and evil.” The only restriction in Thelema is to restrict or be diverted from one’s Will. In fact, the line right after the aphorism “Do what thou wilt shall be the whole of the Law” is this:

“The word of Sin is Restriction.”1

Crowley explains this succinctly, saying that this “is a general statement or definition of Sin or Error. Anything soever that binds the will, hinders it, or diverts it, is Sin.”2 Here is a completely new view of ethics wherein the only “evil” is to divert from oneself, or more accurately, from one’s Will.

Psychologically, when one deviates from one’s true inner promptings, a conflict arises which is generally known as “neurosis.” Carl Jung defines nervous disorders a “consist[ing] primarily in an alienation from one’s instincts, a splitting off of consciousness from certain basic facts of the psyche.”3 Generally, when a action, thought, or tendency arises within someone that is contrary to their society’s (or religion’s) current view of what is “right” (Freud’s “superego”), the psyche tends to suppress and prevent those unlikable aspects from appearing to the conscious mind. Although these thoughts (e.g. to a Christian, the thought of performing a homosexual act) may not appear consciously to the person as much, the same exact tendency still lies within the subconscious and still exerts its influence. This suppression of a natural tendency to bring it into line with societal expectations of conduct is the basis of psychological “repression.”

In Thelema, these repressions are understood for what they are: repressions of the natural inclinations of an individual. Therefore, if the sole law is to do one’s will, artificially repressing aspects of oneself leads to a disastrous split in one’s psyche, and hence, one’s Will. One is deviating from one’s Will when one is creating a fundamental split in oneself – creating ‘multiple wills’ that diverge and conflict – which is fundamentally a split of the conscious (with its many arbitrary notions of “right and wrong”) from the unconscious and instinctual. Thelema recognizes that all deviations from this unique Will, including all repressions of the natural instinct to conform to artificial notions of moral conduct, will lead to repression, which leads inevitably to neurosis. Crowley wrote, “Thelemites are ‘thrice-born;’4 we accept everything for what it is, without ‘lust of result,’ without insisting upon things conforming with a priori ideals, or regretting their failure to do so. We can therefore ‘enjoy’ all things of sense and rapture’ according to their true nature.”5

One of the most evident applications of this dictum that “the word of Sin is Restriction” is in relation to sex morality. Every religion has undoubtedly had innumerable restrictions upon sexual life, especially for women. Liber AL vel Legis proclaims that, not only is “every man and every woman… a star,”6 showing their essential equality, but further, it is written to “take your fill and will of love as ye will, when, where and with whom ye will!”7 This line is strangely prophetic of the Sexual Revolution that took place in the late 1960s, over half a century after the writing of Liber AL vel Legis, and also the groundbreaking research on sex by Alfred Kinsey in the 1940s. There are no restrictions even as to relationships of love that may be considered to be expressions of homosexuality, masochism, or sodomy, for, from the point-of-view of the Thelemite, a thing is “wrong” only insofar as it has brought one to deviate from one’s own Will. As Crowley says, “We have no right to interfere with any type of manifestation of the sexual impulse on a priori grounds.”8

Crowley writes, “‘Love under will’ is the Law. We refuse to regard love as shameful and degrading, as a peril to body and soul. We refuse to accept it as the surrender of the divine to the animal; to us it is the means by which the animal may be made the Winged Sphinx which shall bear man aloft to the House of the Gods.”9 The sexual instinct was repressed without mercy in the religions of the past and was often decried as animalistic or sinful. Thelema turns this idea on its head by saying not only is sex not shameful or degrading, it is the natural function of a human and if it is in accordance with their own will they should express it (not in accordance with some a priori rule-set).

Crowley summarizes all these sentiments when he proclaims, “It should be abundantly clear from the foregoing remarks that each individual has an absolute and indefeasible right to use his sexual vehicle in accordance with its own proper character, and that he is responsible only to himself.”10 Psychologically, this is a healthy route to take, for “Sex-repression leads to neurosis, and is the cause of social unrest.”11 Alfred Kinsey found in his research on sexuality that “Sexual desire is a basic, biological urge, drive, or instinct which demands satisfaction… if the (male) sexual drive is denied legitimate outlets, it will find satisfaction in illegitimate ones” (i.e. rape, sexual abuse of children, etc.), “repression of sexual desire may lead to physical or mental illness, especially ‘neurosis’ in women …[and] the need for sex is as basic as the need for food.”12 In this light, it seems Thelema has given us an adequate framework to act without fear of “physical or mental illness” because of our sexual inclinations.

Essentially, by proclaiming “the word of Sin is Restriction,” Liber AL vel Legis says that all restriction or repression of the Will is the only “evil” or “sin.”13 We know that “Repression of the natural satisfaction may result in addition to secret and dangerous vices which destroy their victim because they are artificial and unnatural aberrations.”14 The idea of restriction extends obviously beyond that of sex morality, but it has clear and obvious repercussions upon it and therefore it was necessary to go into this specific aspect in detail.

Truly, the dictums of “Do what thou wilt” and “the word of Sin is Restriction” apply to all morality in general. The quotation that begins this chapter succinctly explains this in simple terms that “it is no longer possible to say a priori that a given action is ‘wrong.’ Each man has the right-and an absolute right-to accomplish his True Will.” Crowley further writes that, “There are no ‘standards of Right’. Ethics is balderdash. Each Star must go on its own orbit. To hell with ‘moral principle’; there is no such thing.”15 In this sense, Thelema has shown there is no such thing as an absolute standard of right and wrong; there is only a relative standard of right and wrong in relation with each person’s unique nature and circumstance – their unique Will.

“In reality, good and evil are not different from each other. ‘Good’ and ‘bad’ are merely conventional terms. Depending on how it is used, the same thing can be ‘good’ or ‘bad.’ Take, for example, this lamplight. Because of its burning we are able to see and do various works of utility; this is one mode of using the light. Now, if you put your fingers in it, they will be burnt; that is another mode of using the same light. So it is clear that a thing becomes good or bad according to the way we use it. The same is the case with virtue and vice. Broadly speaking, the proper use of any of the faculties of our mind and body is virtue, and their improper use is vice.”
—Swami Vivekananda16

3 Jung, Carl. “The Soul and Death” from Collected Works of C.G. Jung, volume 8: The Struture and Dynamics of the Psyche, par. 808.

4 A reference to the Thelemite’s transcending of the categories of ‘once-born’ and ‘twice-born’ as elucidated by William James in his book The Varieties of Religious Experience.

13 Though, it should be noted that in Thelema, the notion of “sin” can never nearly approach that of the Christian or Muslim’s for there is no notion of Original Sin nor of an eternal Judge of our actions.